In this video, I’m exploring what it takes to repurpose one Congressional District map that I made to work for other districts.  It’s not very exciting. It just documents how I’m working.

I’m working on a series of maps that are an alternative to the maps that US Congressional Representatives receive from the Census for their districts.  The Census maps are 40″x27″, and they are available in pdf format here.

Here’s the official map for District 4 in Pennsylvania. 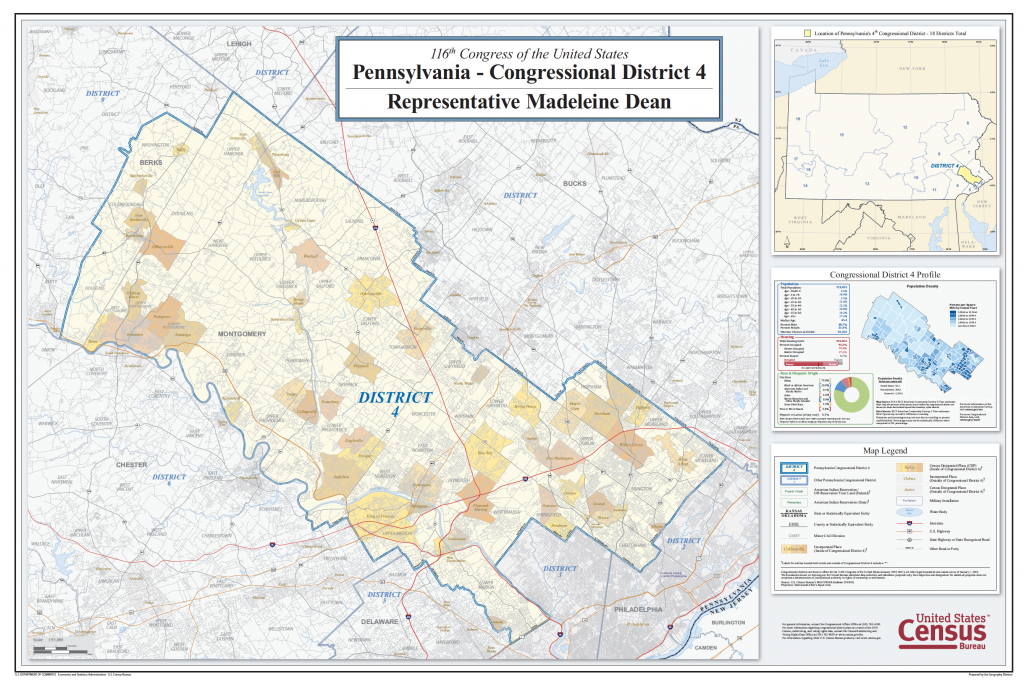 I was going for something that I’d want to put on my wall.  I had originally done a map that was meant to go on a table and be marked up. The colors were muted.  But when I was asked to create something that could go in a congressional office, I wanted something that would feel a little more classic.

While I’ve since revised the maps to show a locator map, here’s a version that got printed (two-sided 18×24″, or Arch A). 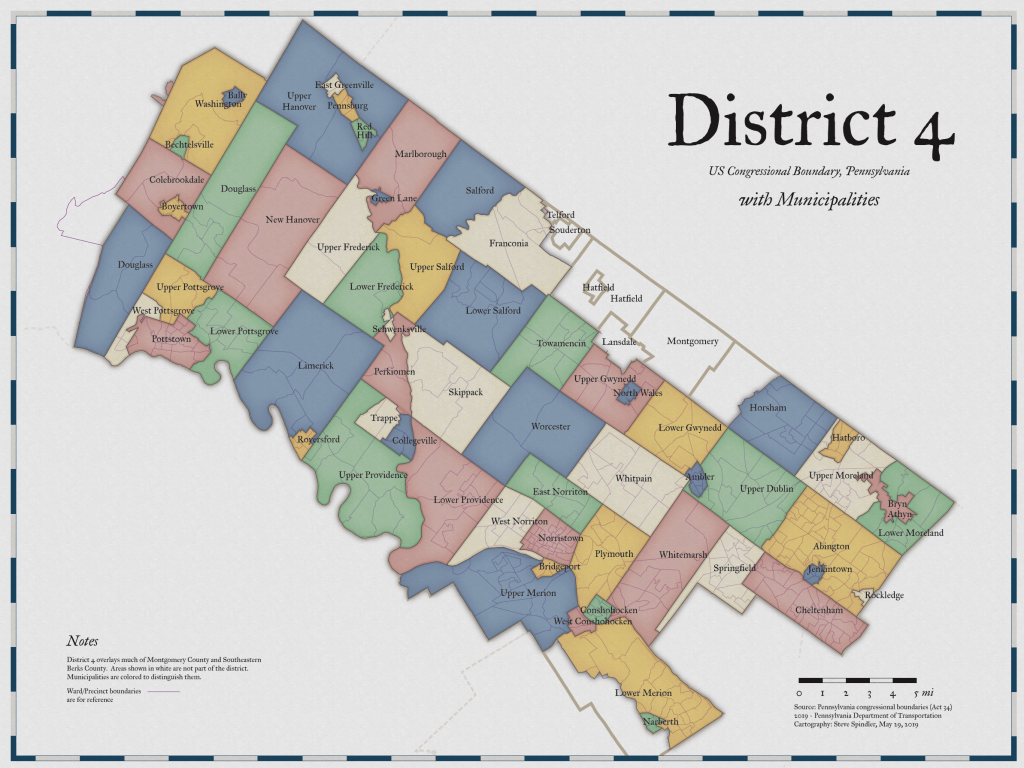 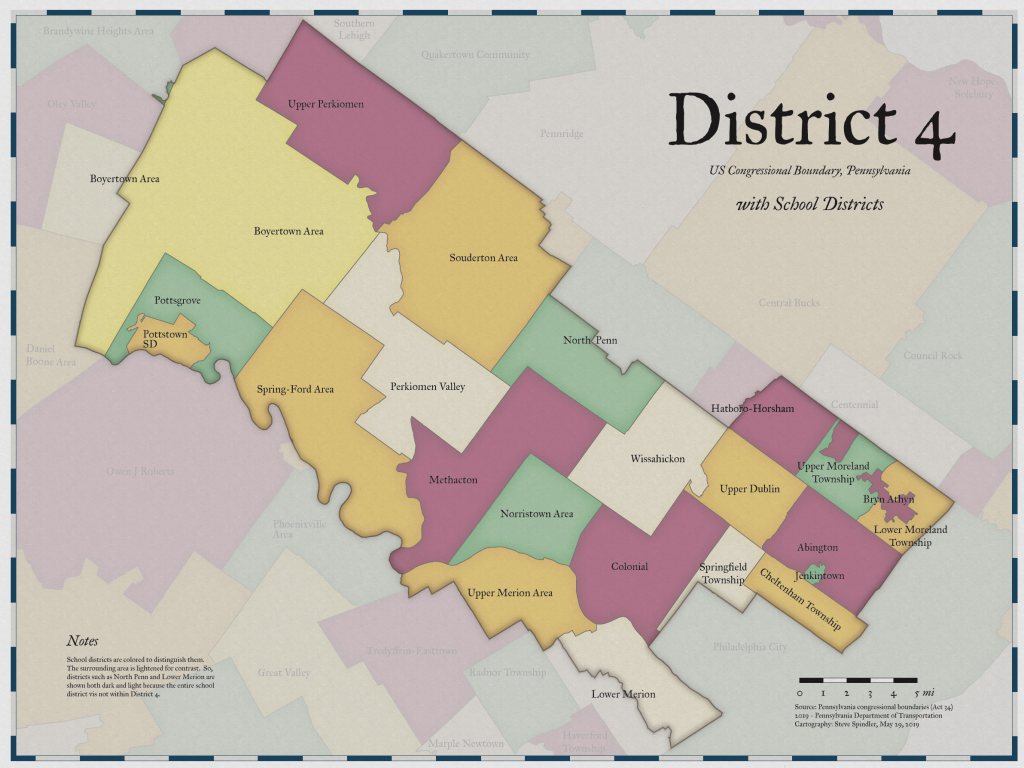 I also made a video while working on District 5.  It’s here.